How to transfer electricity from power plants to consumers 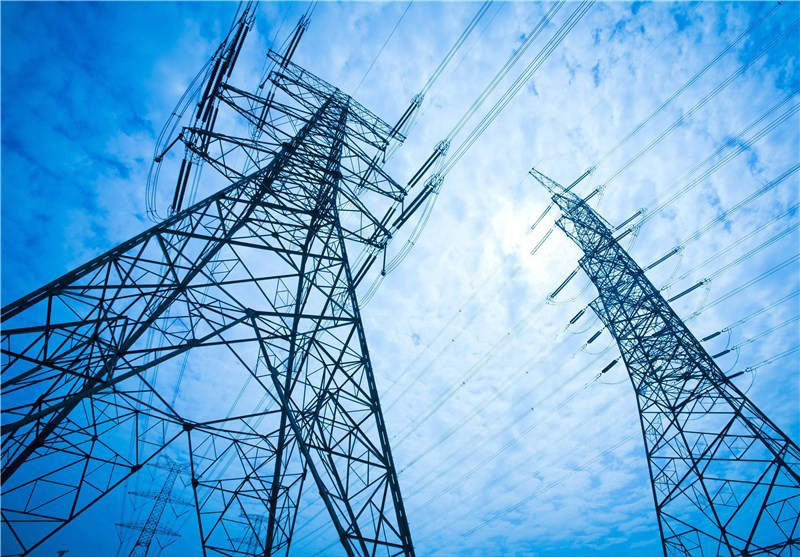 How to transfer electricity from power plants to consumers

One of the most important advantages of electrical energy is the ease of transfer and distribution of this very valuable energy over long distances which makes it more accessible compared to other forms of energy and probably the most consumed form of energy.

Take a look at the history of electricity transmission

In the early years of the use of electrical energy, the process of transferring electrical power was done with the voltage of consumers, which was due to the use of electric power in DC and due to the fact that different types of consumer devices such as electric motors or lamps Operated with different voltages, it was necessary to use a separate generator for each of these consumers, and based on this problem, it was not possible to design and use a global power transmission and distribution network.

In 1888, Nikola Tesla, an American inventor and engineer of Serbian descent, wrote a paper entitled The New System of AC Motors and Transformers, and eventually, with Westinghouse, produced the first AC induction motor.

In this way, the use of large power plants that covered the transmission of electricity to large areas reduced the cost and cost of electricity production and increased the stability of electricity generation and reduced investment costs in this process, which from It provided significant benefits in every way.

Transmission and distribution of electrical energy

The structure of electrical networks is based on three groups of activities: 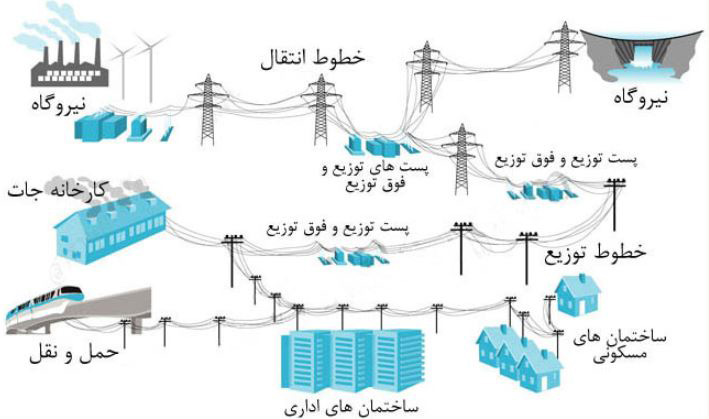 The next step, distribution, is the process of delivering electricity to consumers

Electricity transmission due to advantages such as ease of transmission and no need to bear the costs of energy transportation that must be applied to other energies and fuels, as well as much less pollution of this form of energy compared to other forms of energy and fuel, it It converts valuable and accessible energy, while transferring many energy sources, such as water behind dams or wind, is virtually impossible, and the only transferable energy compared to them is electrical energy.

In power transmission and distribution networks, high voltage level lines are used to transfer electrical energy from power plants to urban areas. We have described this method in the link provided.

Cause of voltage increase in transmission lines

In the process of transferring electrical energy, part of this energy is converted into heat, which is called “grid energy loss”.

To reduce energy losses in the network, the voltage of the power transmission networks is increased by an increasing transformer, and at the end of the network, by a transformer or reducing converter, it is reduced to reach the appropriate level for the consumer.

The higher the voltage, the lower the AC current, which reduces the size of the cable required

To transfer and thus reduce the amount of energy losses in the network.

This is a total fact that if the voltage becomes double, the transferable energy without increasing losses in the network becomes quadruples. So, to increase the transmission’s output, there’s need to voltage boost by boost converters.

The high amount of electrical power in this process causes the transformers to operate at high voltages of 110 kV or more, which is the level of electrical energy transmitted by overhead transmission lines.

The use of voltages below 110 kV, such as 33 or 66 kV, is rarely and most often used to power light loads over long distances.

Voltages below 33 kV are also commonly used to distribute electricity in urban areas.

In power plants, relatively low voltage electricity (up to 30 kV) is generated and by converters or step-up transformers, depending on the distance to voltage dimension of about 115 to 765 kV (in Iran, the value of this voltage is usually 400 kV.) Increases to allow energy transfer over long distances.

In the vicinity of residential areas and population centers, the voltage is reduced to create safety and also according to the power required by consumers.

The sequence of steps to reduce this voltage in Iran’s electricity distribution networks is usually as follows:

Finally, at the final power distribution point, step-down transformers reduce the voltage value from 20 kV to the power consumption (231.400 V).

In other countries, consumer voltage is between 100 and 600 volts.